Written by NZINGHA for TheGlamSquadFiles™

Have you ever felt like a hamster on a wheel?…Running fast and going nowhere? Going nowhere? Well that’s not an option as far as I’m concerned!! If this sounds like a cycle you’ve been in then it’s time to get off that spinning wheel to nowhere!

Sure, in the process of getting off that wheel you may risk getting catapulted off and experience some dizziness, disorientation and yes , lack of direction BUT at least you’ll be off the wheel!!

I remember feeling like this many years ago and even not too long ago….that A CHANGE was in order! The change that I was seeking was not just going to happen externally but it had to begin INTERNALLY! In my mind, my perception and my actions!

I remember reading a book when it was first published in the 90’s called “Who Moved My Cheese?” It was allegory prose yet rang true to my situation at that time. I felt stuck and for all intents and proposes was stuck in a situation with work that I was contracted to do longterm.

I wanted that position in the beginning however, as the project went on and I got deeper into that project I realized it was not what I thought it would be nor was I the person I wanted to be in that project.

It simply did not come in alignment with my core values and personal standards of excellent Artistry…it was getting old and not reflecting the ultimate direction I’d envisioned myself going in. I was somewhat fearful of leaving that project and not knowing what the future would hold…I needed to be brave, have faith and look for NEW CHEESE!! Yes, new cheese…I’d run out of reasons to stay but needed courage to go!

After reading this book I did find my courage and asked myself a few questions about where I did envision myself. Did I have a vision really? It was a defining moment. A huge life question do you want to stay here, like this, feeling like this, doing this , like this? OR take a risk and change what’s been a secure uncomfortable but familiar rut? CHANGE IS CALLING!!

I had a choice to either blame the situation and the people who were present for my hamster on a wheel like mentality and continually feel threatened by the unknown or seize the opportunity that yes, is in the unknown! The project had gotten old and stale and for my client, (humph!) familiarity had bred contempt.

It was time to LET GO and seek out the new cheese and what was better for me longterm. Unfortunately most Artists don’t see longterm because of “the urgency of now” mindset. The thought of just let me get through today but have no cushion for tomorrow.

It’s okay to CHANGE YOUR MIND for something better even if you don’t see it manifest right away.

You see one of two things would’ve happened had I not made a choice to leave in my estimation.

1) I would have stayed and not been able or too afraid to explore my options. And believe me when I left it was truly miraculous…my option were numerous and the doors of many opportunities were wide open to me!!

2) My client who had “Familiarity breeding Contempt” issues would’ve eventually unceremoniously fired me with no forethought put into my time (many years) and efforts.

CHANGE was inevitable BUT PROGRESS was optional. I had to be brave and remember all the gifts and skills that got me this project in the first place but now I was even better because of all of the experiences I had in the project “good” and “bad” made me an even more interesting viable candidate for something better!!

My advise to you ViZionaire…don’t dispise this place you’re in now…learn from it.  Know when the fire and cheddar is gone. Then when you are certain be brave about your move no matter what other think or believe.

If you’re still fearful you may even be forced out! But it’s okay. Take that unknown journey, that FEAR will quickly become the past when you make moves to CHANGE INTO YOUR FUTURE!! 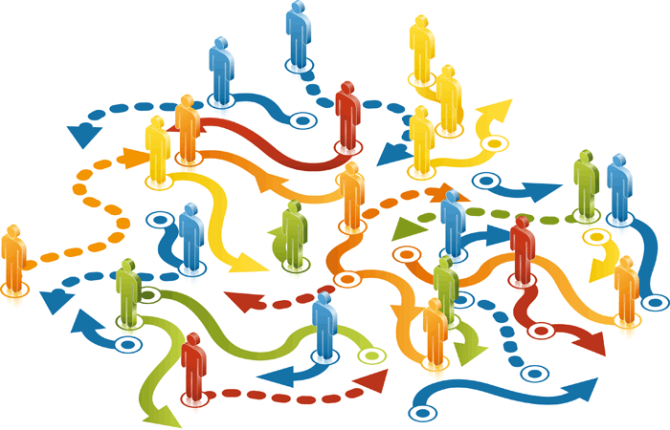 Curl On, Paint On ViZionaire,