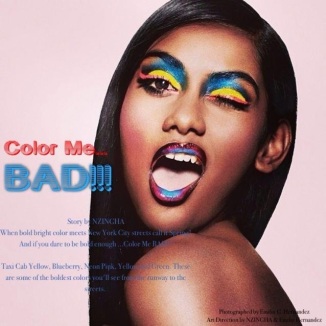 There’s one thing I’m a stickler about is correct information. I’ve been seeing and hearing this word being used a lot in the past year into this current year…Ombré (correct use with an apostrophe, refers to artistic color gradation starting from light to dark) or Ombre (incorrect use in this case referring to fashion, without the apostrophe, referring to a card game)

Ladies are getting their hair colored Ombré (Light to dark) or either “Reversed” Ombré (dark to light) fashion. Here’s the breakdown from Webster’s Dictionary. 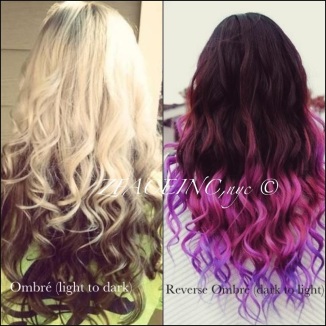 Main Entry: om·bré
Pronunciation: \ˈäm-ˌbrā\
Function: adjective
Etymology: French, past participle of ombrer to shade, from Italian ombrare, from ombra shade, from Latin umbra — more at umbrage
Date: 1893
: having colors or tones that shade into each other —used especially of fabrics in which the color is graduated from light to dark
— ombré noun

Ok so there you have the breakdown for the meaning and correct way to say the word. In fashion we are not talking about a 17/18th century card game, so say it correctly. If you’re in fashion or into styling you should know the difference!!

Now the fashion look concerning the reverse Ombre’ lip (which has been more popular) in particular had its origin in the theatre world to help greater define the lip for stage. Theatrical makeup is done heavily and colourfully so that the performers face does not get lost with all the stage lighting, and that the audience can see the face.

How this and when this look really met mainstream is unknown to me. However my personal exposure to the look was in the 1980’s. Women of color (black & latino) in NY city wore this style and still do. Lipliners back then were either too light or non existent in colors that were comparable to the women’s skin tones so they began to use darker lipsticks or simply eyeliners to not only line their eyes but also line their lips. 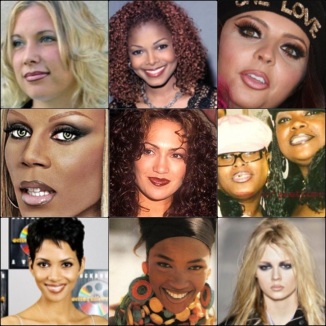 Like many other fashion trends that came out of urban America so did this look. Most white women rarely wore the look and those that did used other colors besides black or dark brown pencil. In the performers realm many female impersonators would and still do wear the look. In the 80’s music scene Grace Jones (Caribbean decent) bought the look to the mainstream through her music and personal style.

Some people love the look, some people amplify the look and others despise the look calling it “the worst look ever”. Well now it’s back and you all are calling it “Ombre”!!

Here are a few sketches of makeup I did for Lil’ Kim featuring a strongly lined lip that is now called “Ombré” back then it was just a lined lip. Some people loved the look and others hated the look. 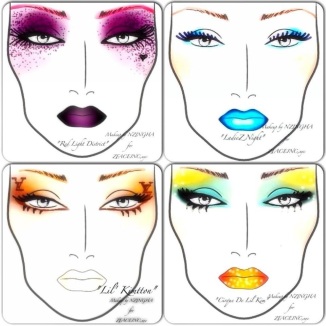 Here you can see the “Reverse Ombré” lip look I featured frequently on singer Mary J. Blige in the mid-90’s. 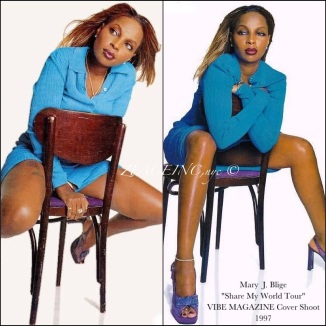 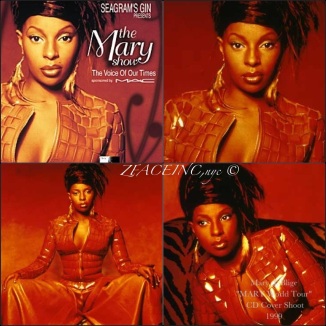 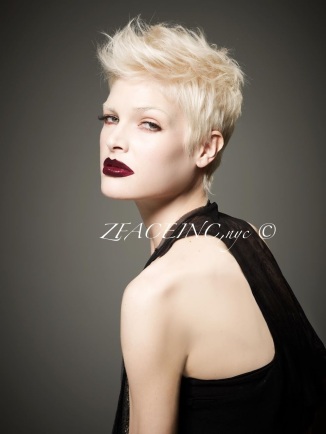 And here it is again for the Millinials. Everything old becomes new again!
Reverse Ombre’ Lip