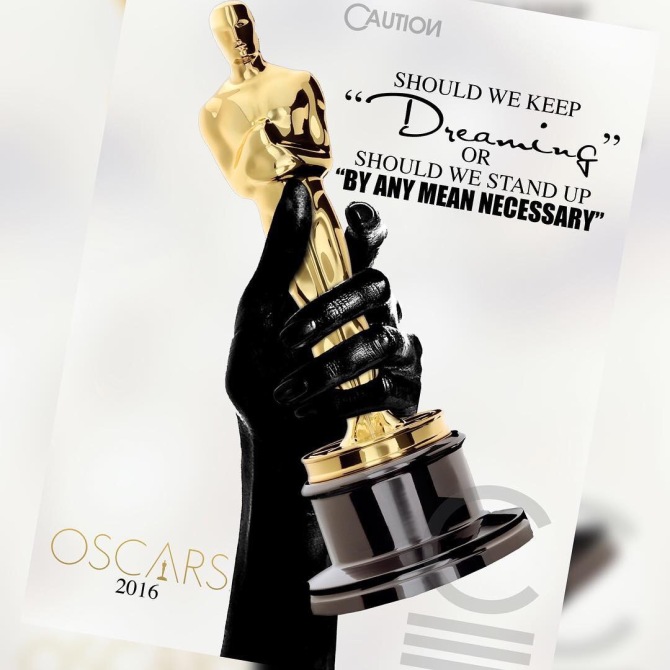 The Story of Hollywoods #1 Makeup Artist/ Designer for over 30 years Ben Nye (seen in the mini documentary above). John Chambers and Ben Nye were the first Makeup Artist to receive an Academy Award. Before this special award there was NO CATEGORY FOR MAKEUP (not until 1982 was Makeup a category)! This award was a special Honorary Achievement Award for their groundbreaking special effects makeup for the original film Planet of the Apes.

Now here’s the work and work lab of RICK Baker whose work I greatly admire in this industry. He was from the school of Ben Nye and Dick Page. Rick does brilliant prosthetic work and Special Effects Makeup like no other! Rick Baker set the bar for makeup by being THE FIRST Makeup Artist to receive a new category the Oscars would now include in their ceremony in 1982 (take a look at the now vintage clip below).

Now who am I to talk about Oscars? Well, I’ve worked in fashion,music, broadway, film and TV (which is a rare feat to have accomplished because they all operate differently). All of these mediums of communication work differently, have their own language and have their own different set of politics to contend with. But rest assured all mediums are in need of diversity. Now I’ve worked with Academy Award Winning Actress Mo’Nique in her role in the film PRECIOUS. And worked with Oscar worthy directors.

I’m pushing for Academy Membership because the  Makeup & Hair category is relatively young for the Oscars considering they only started recognizing Makeup in the late 60’s. But it’s a rare thing to have this department  flooded with black Makeup Artists or Hairstylists (not like we’re not out here BUT, where’s the opportunity to work on major motion pictures?) The black Artists who are Union Members are actually more likely to win an Emmy than an Oscar for their work. And for the record there have been numerous African American Emmy winners in the category of Makeup & Hair (although still less than our Caucasian counterparts).

However in the film world the opportunities to work on large scale films is scarce. the talent is there but the opportunity is slender. As African Americans we know that when we come into th film arena, we must be doubly skilled and trained. Meanwhile in the midst of a sea of mediocre Makeup Artists who are simply employed because of a silent comradery , not because they’re so brilliant, ingenious or highly skilled more than anyone else…it’s about who they know and the opportunity.

In addition here’s a challenging one for both Actor and Artist but it’s the request of hiring qualified skilled Artists. African American actors, directors and producers have to request black Makeup & Hair people to run or just be part of those departments. Oscar winning director Spike Lee addressed diversity many years ago when he made his first feature film “she’s Gotta Have It” regarding the New York Teamsters Union (Spike tells that story during his acceptance speech for the Academy’s Honorary Govenors Award, see the clip below) and the New York Makeup Artists & Hairstylists Union 798 both of which had NO BLACK UNION MEMBERS!! This was in 1985-86.

The Oscars have now had 34 years of the Makeup category and not one of those 34 years has EVER seen a person of color (black or otherwise) as a nominee or winner! And that’s not to say that the individual winners don’t deserve to be nominated or to win BUT I am saying where are the opportunities for people of color in this landscape of Artistry for film. If the Academy is still not only an all boy network but and all white network? Be honest here. Most of these people have their teams of people already set. Now I have to say, I’ve been a film department Head, I’ve been a Key and I’ve been a Third and it’s true you do go with the familiar faces as we all have lobbied for employment. But when you have consistently not given a chance to people of color it is subconsciously purposeful…with the thought that somehow we just can’t cut it!