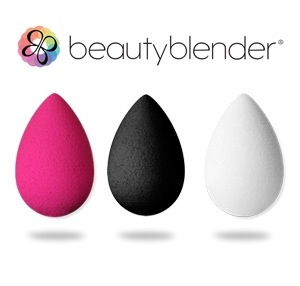 Makeup sponges have been around for many years and gone through many changes believe it or not. Who knew something so small had such impact in the daily application of makeup.

As a rule most MUA’s use makeup sponges. And in truth it goes in waves how we manage to apply makeup and the tools well decide to use for that purpose. One thing for sure with me is I’m not the Lady to go for hyped beauty products, just because someone or some magazine tells me it’s the best. I have to see it feel it and use it myself to give a thumbs up in my book. And trust me I’m a hard sell with seeing myriads of products over the years (25+) that have come and gone!

If there’s one thing I will do is give credit where credit is due. I’d waited a long time before I’d ever used the beautyblender. I waited mostly because I’ve never really been a sponge kind of MUA (mostly brushes and fingers). And times where I wanted to blend what would be heavy stage makeup. I’d use them if they were given to me on sets doing extras and such and at times purchasing the traditional triangles en mass for their disposable purposes when having to do several people in one day and not just one person.

Well believe it or not I recently acquired the beautyblender in all three colors (go hard or go home) at The Makeup Show 2014, just to see for myself what all the hype was about. I’ve seen beautyblenders before at all of the manufacturers shows (all made in Asia)HBA (for years), Luxe Pack, Makeup Paris and others. So this was really not a new thing; but the right time, at the right place, with the right resources was obviously in place. 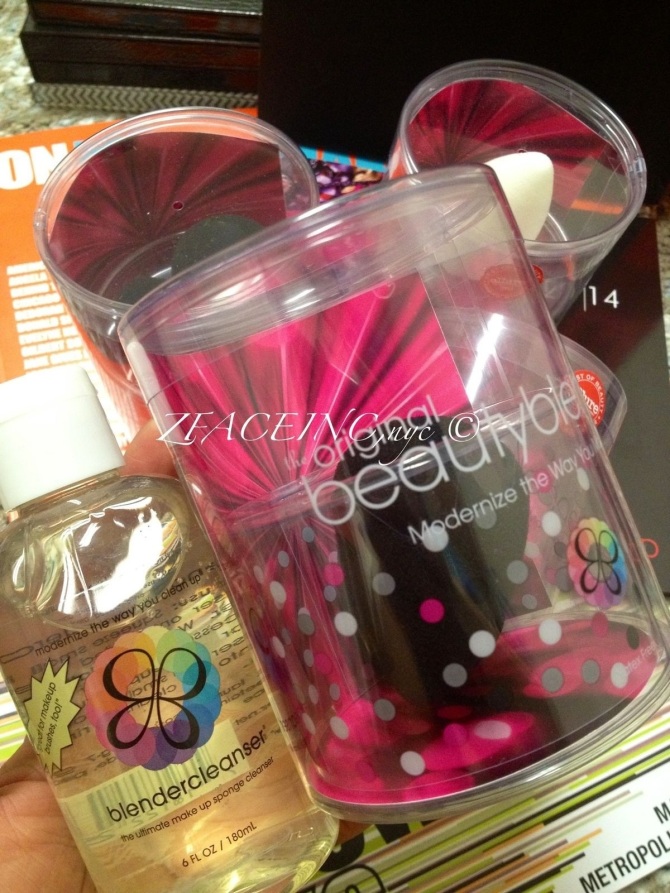 So in my blender acquisition I have made several assessments. Some good and some I have concerns with. Well the first thing that’s a plus for beautyblender is timing as I’d stated before and that signature hot pink sponge! That’s a winner because its eye catching. And truthfully will be a classic beauty item. The sponge a MUA colleague of mine ReAnn Silva has bought attention to the elegant use of the well known makeup sponge.

BEAUTYBLENDER PURE
Now honestly I personally don’t get the hype on the white blender. It the same as the pink only white! Oh and be sure not to sit the white next to the pink because the dye in the pink comes off. I only use the white blender for moisturizers, primers and light creams other than that I do not use it for foundations or concealers.

BEAUTYBLENDER BLACK
Because black is my signature color I am always drawn to it. It’s a no brainier for me with this one (my favourite) but its main selling point no matter what color you choose to use its it’s shape that really makes the difference. It’s all about the shape of the beauty blender. Was it the first sponge if this shape…no go to any Chinese cosmetic manufacturer and ask them when they started making this particular sponge, because they’ve been making, designing and reshaping makeup sponges for decades! The difference here is about TIMING!

Will regular triangular sponges ever go out of style and not be seen as useless? I doubt it. It will always serve its original function. However beautyblender is made for an individual’s use. As an MUA I’ve not seen it retailed on a wholesale basis so it has its exclusivity there as a luxury item. This is where the traditional triangular will never go out of fashion.

My one concern in using sponges, beautyblender or any sponge was how they are made and what’s in them. I spoke with one manufacturing company I met at the Luxe Pack show and asked him some questions. Why are some sponges more dense than others (like the Beauty Blender that swells up when it’s wet)? He told me ” The “egg shaped” sponges we had at the show are made from Yukilon material, which is NBR. It is available in medium and hard densities, and in cell sizes from closed to open cell. As the sponges are buffed only in Japan, they tend to be at a high price point compared to other 3D sponges.

Yukilon is our trade name for our blend of NBR material (nitrile butadiene rubber, which is synthetic latex). The cell size refers to the pore size of the sponge; the larger the cell size, the more formula it would absorb. This NBR material will not swell like the Beautyblender because the Beautyblender is polyurethane material, which is more prone to swelling when wet.”

Well now that’s a lot of info to take in but as usual the information junkie that I am sent me on a hunt for the meaning of polyurethane which we’ve all hear of before but I wanted to know more:

Okay so sponges just got scientific and ergonomic but I was curious (Remember I’m a TK/teacher’s kid so, everything is up for question and research if I’m interested, and I was.) 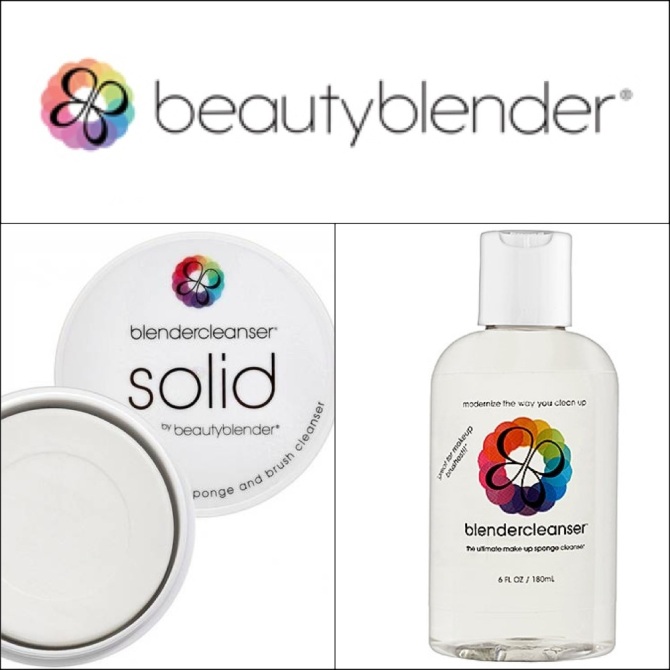 My only discrepancies with the beautyblender are:

1) Pink beautyblender fades quickly , and do not use hot water to clean it or it will fade even faster. Also do not have it near your white beautyblender or anything white that you care about not being colorstained.

2) If you are a constant user of the beautyblender you will see tears in it after a couple of washings. I think it’s just the nature of sponges that’s all, so truly no worries.

In conclusion we go back to the initial question is it right or is it hype? Ultimately not up to me to say , because only time can tell, but I’m sold on BeautyBlender. Shoot it’s in my kit if it wasn’t a thumbs up I’d’ve chucked it a while ago now.🌟🌟🌟🌟