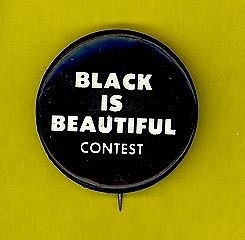 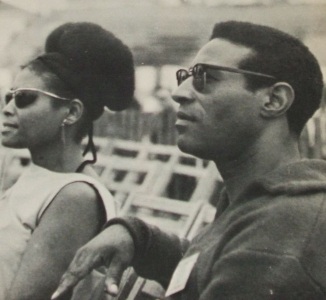 The Legendary RuPaul
Written by NZINGHA for ZFACEINC,nyc 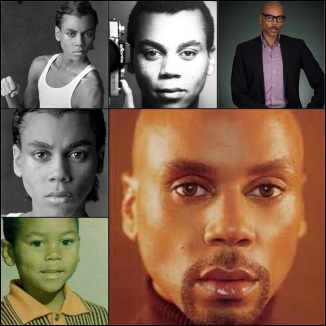 💗 U Ru!! My history with RuPaul is a long one, actually when my career really took off is when I met RuPaul. It all started in 1991 when I first saw Ru at a Drag show in NY and was mesmerised by his makeup and really how tall he is. I’m 5’2 so you could imagine the pain in my neck having to look up to him. Actually he’s so gracious that he actually finds a way to meet me halfway by bending his knees.

While I was on tour with Janet doing makeup and hair, she and I shared the same wonderment for RuPaul (only I’m the real bold one of the two of us! Lololol and yes I’m pretty well known for being bold and brave…no chicken in my coop!!). Well, I’d also gotten wind that Ru loved himself some Janet and so I guess I saw this as a perfect opportunity for all of us to meet up. And indeed we did!

Ru’s manager have Ru my private phone number. When I spoke with his manager, honestly I didn’t ever think he’d give Ru my message, do when I was in Canada with Janet right after performing live at the Skydome we’d made our way back to our hotel. Honey, I kicked off my shoes and took to the shower and began to settle in.

I call room service to order a light snack and turn on the tube and next thing I know my phone is ringing. I’m thinking its those pesky dancers again looking to have their weave redone again (this is when I used to do full on hair in addition to makeup). I gasped, it was a male voice “Hello, may I speak with NZINGHA please?”I knew that voice not personally but professionally…it was RuPaul!!! Ahhhhhhh!!! No way! Yes way Hun!!

“This is she. Hi dumplin’!”, “Hi NZINGHA. How are you?”. Well, we chatted like old friends, as if we’d known each other for years. It old him I have a ticket for him to come to the show when we’re in NY and I’d like to meet him as well as have him meet Jan, and Jan meet him. He was floored at my invite and I was floored by him. We talked for a few hours that night.

When I reached NY I called Ru and told him I had his tickets and would leave them at the door and I would come out and meet him. He was all flustered “What should I wear girl?”, my reply “Just be you.”I didn’t tell Jan Ru was coming that night because I wanted to surprise her (an she was! But also a bit disappointed Ru came as boy Ru)…shoot I wasn’t disappointed I was happy he came such a gorgeous man, yes even without the RuPaul drag!

I guess I was just exited to see him and meet him. I’d seen him in drag up close before but we didn’t know each other then. After that tour, I hadn’t seen Ru in a long while. Ru’s career began to skyrocket! RuPaul was becoming a household name! RuPaul became the national and first celebrity spokesmodel for MAC Cosmetics with their Viva Glam campaign. And at that same time Ru had a popular song out called “Supermodel/You Better Work!”

As if that song wasnt enough because people couldnt get enough of Ru, Ru had a sit down talk show! yes a talk show simply called “The RuPaul Show“. The show was like many sit down talk shows at that time and he had a wide range of guests. everyone from music to politics. Well, Ru and I were about to be reunited on his talkshow, this time while I was Makeup Artist to another celebrity client of mine Lil’ Kim who was invited to appear on his show along with Millie Jackson

This is a photo of Kim and I in the dressing room at The RuPaul Show. 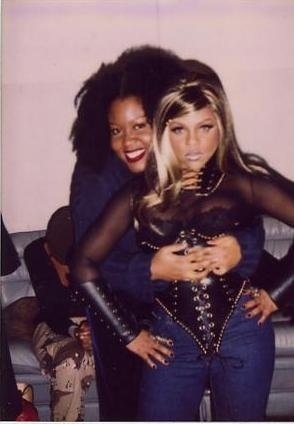 We all had a blast at Ru’s show and it was wonderful meeting Ms. Millie. There was no drama or ruckus on the set we were all ladies that tea on set and Ru was the fabulous hospitable host. I know Kim and Millie got along immediately (both known for their explicit lyrics and up front personalities). I found out from Millie her birthday and as it turned out Kim, Millie and myself are all born around the same time! No wonder there was so much love in the house.

Well, years later after Kim and Ru met on the show, they wound up doing a remix version of “No Matter What They Say” to the tune of “Bad Girls” originally sung by Donna Summer who everyone loves.

All I can say about Ru is that he is a beautiful person inside and out. Not to mention he’s a pretty flawless Makeup Artist too! I’ve watched the evolution of Ru and what a whirl wind life! Perfectly crafted by the Ru! Oh, and I want to know the name of this lipstick in this shot!!! Isn’t it simply divine?! 💄💄💄 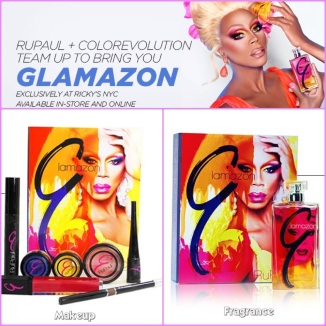 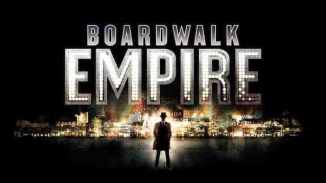 Written by NZINGHA for ZFACEINC,nyc
As many of you know Boardwalk Empire is indeed a period piece set in the 1920’s-30’s and the makeup during that time had a specific look to it.

The makeup is not the fashion makeup that we’ve all fanticized about with a smokey wet black eye and pouty red now lips…here it’s all about the average lay person (gangsters included).

The period was about classes (upper, middle and lower) and truly makeup was limited at that time. There was no high fashion Kevyn Aucoin or Pat McGrath makeup. This makeup requires what happens in everyday life and life situations.

Here’s my makeup station for today at “BOARDWALK”…foundations , sponges, brushes, Soot Powder, Dirt Poufs and Grime Spray. The blood gels, liquid blood and blood pills are on the other side of the makeup room.

This is all the makeup Im using today to create a look of distress after an explosion. Not all Makeup looks are pretty or over the top glam. It’s good to know how to do all looks. And here tonight it’s about trauma and disaster! 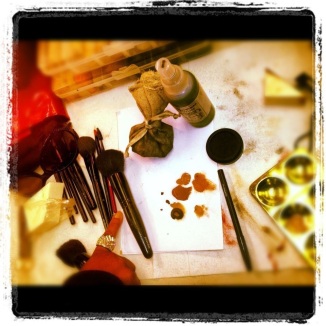 There was an explosion on set today (purposefully and professionally done by the help of NYFD) for a scene that had us blow up a few shops on the Boardwalk.

We (makeup teams) had to bloody and soot up the background talent today for that scene and, here are some of those looks we created. 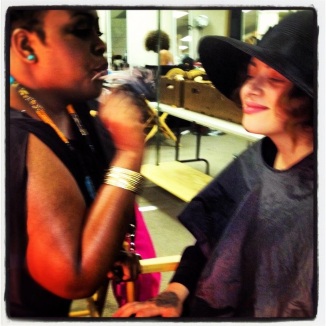 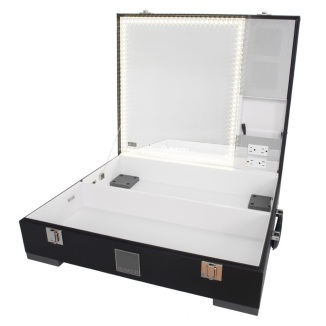